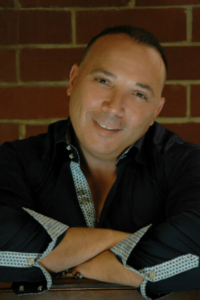 Rev. Tony Crapolicchio has been involved in New Thought and Metaphysics for over 30 years. He is licensed as an Ordained Minister and Practitioner by International Centers for Spiritual Living. Rev. Tony holds a Bachelors of Religious Science from the Emerson Institute and is currently pursuing his Doctorate of Divinity through the Emerson Institute. He is a graduate of Reiki training and of the Silva Method. After a successful career in the corporate communications field, he founded the Trinity Center for Spiritual Living in September 1999.

In addition to his duties as a Pastor, Rev. Tony is a contributor of consciousness expanding articles to several New Thought publications and has been a frequent contributor to Creative Thought Magazine and is known worldwide for his powerful affirmative prayers. He receives many requests to share his motivational messages at various events and churches around the world. Rev. Tony has instituted and fulfilled outreach programs locally and nationally. He coordinated the nationwide CSL response to hurricane Katrina, organized the Atlanta New Thought community for a fundraiser for the Haiti Hurricane and involves TCSL in many worthwhile Atlanta social programs. Rev. Tony has previously served as the Vice-Chairman on the Board of Directors for Lost-n-Found Youth.

The gregarious personality and creativity of Rev. Tony, along with his in-depth understanding of spiritual principles, always provides a timely, inspiring and thought provoking message. His lectures on universal spiritual truths are designed to recognize the innate divinity of all individuals so they may utilize the power and creativity of their consciousness in manifesting the best life has to offer.

Your ticket for the: Rev. Tony Crapolicchio