From Homeless to Fabulous Affirmations for You 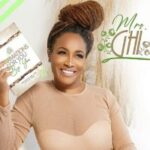 TCSL is Honored to Present Ms. GHI, Tronda Giles and Her New Book, Affirmations for You and By You!

Enjoy an evening of inspiration and love as Rev. Tony speaks with Ms. GHI about her life’s journey from homelessness to fabulous and her book, Affirmations for You, By you.

There will be a question and answer session following the discussion, and light refreshments will be served for participants.

This event will be broadcast on TCSL Live for those unable to attend in person,

Tronda is an entrepreneur, philanthropist, wife and author. She went from being homeless to driving a Pink chrome Rolls-Royce Wraith with help of her positive affirmations. Tronda always knew her success was just around the corner. In her eyes, her hardships were always temporary. She has created a great life by affirming all that she wanted and now, she’s showing you how to do the same with her new book, Affirmations For You, By You. The book full of positivity is available here.

After enduring the difficulties of living in a homeless shelter as a teenager, Tronda graduated with a bachelor’s of science degree in Sociology from San Francisco State University. With nothing more than $50 and a purse full of ambition, Tronda moved to Atlanta and ended up homeless again during her first month in the burgeoning city. After landing and losing her first job in Atlanta in one year, she decided to test the entrepreneurial waters and has never looked back. She launched a business that is now known as GHI Life Sharing with just $500 and has turned it into a multi-million-dollar corporation in less than two years. ​

Tronda Giles is a shining example of unwavering faith, ambition and perseverance. She believes that each day is a new day for everyone to impact the world and their own lives positively. And because of her commitment to paying it forward, she donates her time and hundreds of thousands of dollars to charities, shelters and other community-empowering organizations, demonstrating that she wholeheartedly practices what she preaches.

The event is finished.

Your ticket for the: From Homeless to Fabulous Affirmations for You

From Homeless to Fabulous Affirmations for You